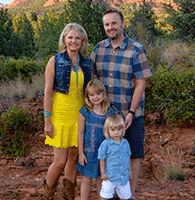 Dr. Ghitea graduated from the University of California, Riverside in 1995 and then from veterinary school at Ross University School of Veterinary Medicine in 2001. He purchased the clinic in 2006. Arthur, his wife, daughter and son share their home with a Yorkie named Gucci. In his free time, he enjoys reading and riding his motorcycle. 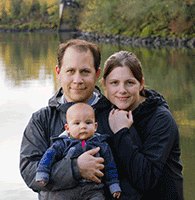 Dr. Hughson attributes her interest in veterinary medicine to growing up on a pig farm in NE Iowa. She attended Iowa State for an undergraduate degree in Animal Science and then moved to Massachusetts to receive her veterinary education at Tufts School of Veterinary Medicine. She moved to Oregon in 2006, worked at a mixed animal practice for two years and now concentrates on small animal medicine. She and her husband Michael have a 7-month-old boy, Henry, and together they enjoy traveling, hiking and photography. 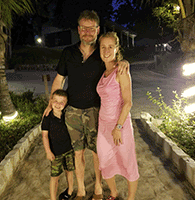 Dr. Nelson grew up in Wisconsin and moved to Oregon in 1989. She graduated from Oregon State’s College of veterinary Medicine in 2001 and completed a one year internship in Maryland. After the internship she returned to where she left her heart… Oregon. Dr. Nelson has been with Tualatin Animal Clinic since the beginning of 2012. In her days away from work she enjoys staying busy with her son, logging miles for her next ultra marathon run and baking cookies.

Sarah is a native Oregonian. She has worked at Tualatin Animal Clinic since the year 2000 and became a Licensed Veterinary Technician in 2004. In addition to working for the clinic, she is the owner and operator of a cozy, comfortable boarding facility called Timer Ridge Pet. In her spare time Sarah enjoys traveling, sewing, spending time with her husband Joel and their three dogs and four cats.

Krystyna – Veterinary Technician with TAC since 2015 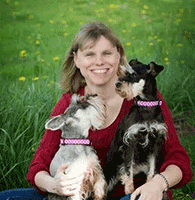 Krystyna moved to Oregon from California when she was five years old. She spent ten years working with various animal rescue organizations and joined our team in the spring of 2015. In her spare time she enjoys gardening, traveling, spending time with her husband Mark, their two kids and her favorite little schnauzers.

Courtney – Veterinary Assistant with TAC since 2016 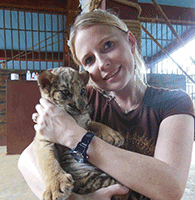 Courtney grew up in Thailand and has traveled all over the world. She came to us with more than fifteen years of experience working with animals. She has worked as a veterinary technician, worked with a wild animal rescue and managed a small farm. In her spare time she enjoys travel, scuba diving and spending time with her husband Brett and their two kids.

Randy – Veterinary Technician with TAC since 2017

We will do our best to accommodate your busy schedule. Request an appointment today!

Font Resize
Contrast
Accessibility by WAH
Call Us Text Us